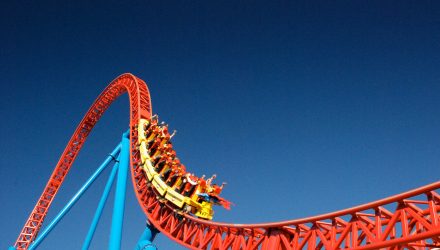 After declining steadily since last April and undergoing a quiet consolidation since November, market volatility, as measured by the VIX, posted its biggest jump in two years this week after market participants saw one of the sharpest sell-offs in the S&P 500 since October.

The Cboe Volatility Index, also known as the VIX, or ‘fear index’, which measures the market’s projections of volatility in the coming month, rocketed 62%, from below 25 to 37.32, as retail traders continued to fight against hedge funds, using names like GameStop as fodder.

While the VIX has seen its fair share of pops and drops, analysts are giving special attention to this move due to its violence and size.

“To put things in perspective, the VIX curve is almost the same as in the lead up to the presidential election in early November,” said Stephen Innes, chief global market strategist at Axi.

The S&P 500 closed down 2.57% on Wednesday after the Federal Reserve left its benchmark interest rate unchanged and didn’t offer additional aid to buoy the economy. After attempting to recover on Thursday, the market sank below Wednesday’s lows Friday.

The stock index ETF plunge was a dramatic contrast to Reddit day traders who were the beneficiaries of positive performance in a day noted Jim Reid, a managing director of cross-asset research at Deutsche Bank.

Innes noted that Wednesday’s trade had two key features: “pre-emptive short-covering by professional investors protecting themselves, plus de-risking, and deleveraging to reduce risk.”

“Indeed, it becomes self-fuelling: the more the Street steps back, the lower the liquidity, the more people step back,” he said.

The close on Wednesday also saw huge tech earnings from Apple, Tesla, and Facebook, potentially igniting a bubble in tech. Apple fell 3.2% after hours, despite a record quarter that beat $100 billion in revenue.

Other stocks had less than stellar earnings reviews. Tesla dropped 5.1% after failing to meet analysts’ earnings expectations by about 20%. Facebook settled 1.9% lower after it admonished investors of “significant uncertainty” in the coming year.

The VIX measures implied volatility through the pricing of S&P 500 options contracts, which have now hit the highest level since the end of October, as the index reached its largest percentage move higher since February 2018.

The index is often referred to as the ‘fear gauge’ since it frequently reflects investor perception of the level of risk or concern in the broader equities market. This was nowhere more clear than last year, when the index notched a record high of 82.69 during the heights of the coronavirus decline.

“While the VIX remains a distance below the peaks seen in March last year, it remains within striking distance of recent peaks seen in late-October, early-September, and mid-June last year. Yesterday’s move saw the gauge convincingly break through the 200-day simple moving average, breaking the trend of the last three months, and suggesting higher prices ahead,” according to Nick Cawley of dailyfx.com.