You are at:Home»Featured»VIX ETFs Climb As Investors Ponder A Stock Pull-Back Or Correction 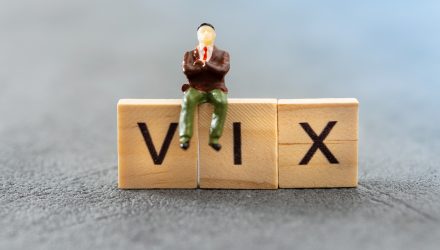 September has often been a challenging month for stocks. Over the last few days, volatility has been climbing as stocks have sold off, prompting some financial experts to ponder if this is the beginning of a stock correction or just another pullback.

“We think that maybe we are getting close to a correction that may be meaningful,” Tengler said on the CNN Business’ digital live show Markets Now. A dip of 10-15% is a realistic estimate, she added.

“I think you have to be aware of it, but I think this is a buying opportunity,” she said.

So far, company share buybacks have been propping the market up, Tengler added: “What is going on, I think, is that every time we get a bit of a correction, the companies step in,”

But there is a question as to whether the buy-the-dip mentality is likely to continue.

“We’ve pretty much been rocket to the moon since March 2020,” and it can’t keep going forever. But don’t fret the correction either: “I think it would be good. It would recalibrate,” Tengler said.

On Wednesday, the Labor Department provided the Job Openings and Labor Turnover Survey, which revealed that job openings reached a record 10.9 million in July, beating the unemployed by over 2 million in July as companies scrambled to replace a historic number of openings.

Meanwhile, the Federal Reserve is preparing to publish its periodic “Beige Book” survey of activity across its 12 districts, which could rattle markets.

Analysts are concerned about a number of issues, including technical chart patterns and fundamental growth in stocks.

“You have two concerns coming together… concerns about market technicals and concerns about growth,” Mohamed El-Erian, chief economic adviser of Allianz and former co-CEO of Pimco, told CNBC. “That’s what all the asset classes are telling you.”

An increase in coronavirus cases in August and September, amid a spread of the more transmissible Delta variant, is also irking investors and markets. According to CDC data, the U.S. averages nearly 30,000 new cases per day over the week, a gain from a seven-day average of around 11,000 cases per day a month ago. The spike in Covid-19 cases has also been climbing globally, putting pressure on global and commodities markets.

“The market appears ready to take on a more defensive character as we experience a meaningful deceleration in earnings and economic growth,” Morgan Stanley chief U.S. equity strategist Mike Wilson said in a note. “Market breadth has been deteriorating for months and is just another confirmation of the mid-cycle transition, in our view. It usually ends with a material (10-20%) index level correction.”

“We see a bumpy September-October as the final stages of a mid-cycle transition play out,” Morgan Stanley chief cross-asset strategist Andrew Sheets said in a note. “The next two months carry an outsized risk to growth, policy, and the legislative agenda.”

The S&P 500 is off by about half a percent this month, while the Dow is down about 1% and the Nasdaq is roughly breakeven in September.

What Could Help Bolster

While the increase in coronavirus cases and economic uncertainty could spark a stock market sell-off, a change in Federal Reserve policy and the potential for it to pull back an unprecedented monetary stimulus to bolster the economy throughout the pandemic could also play a key role. Fed Chairman Jerome Powell has indicated that the Fed is likely to start adjusting some of its relaxed monetary policies before year-end, though he still sees interest rate hikes in the distance.

“The summer rally to a new S&P high, with potential headwinds like rising rates on the horizon, has left investors debating whether US equities can make meaningful new gains the rest of this year and into next year. Equities are likely to have a pullback at some point, likely driven by another reset in real yields higher, but other tailwinds should drive the S&P 500 to a new high by year-end,” UBS told clients on Wednesday as it raised its S&P 500 price target for the end of the year to 4,650 and for 2022 to 4,850.

The stock pullback this month has seen a climb in the CBOE Volatility Index or VIX as well. The VIX has jumped roughly 20% over a short period of time, and a correction in stocks would only fuel that surge in the so-called “fear index.”

Meanwhile, investors looking to use ETFs to trade the VIX as it moves higher over the short- or long-terms can look to the iPath Series B S&P 500 VIX Short Term Futures ETN (NYSEArca: VXX) and the ProShares VIX Short-Term Futures ETF (NYSEArca: VIXY), along with the CBOE Volatility Index. Potential investors should remember that VIX-related exchange traded products track VIX futures and not the spot price. Notably, the VXX and VIXY are both making gains on Wednesday amid the stock market pullback.