You are at:Home»Alternative ETFs»Venezuela Political Volatility: A Catalyst for Oil? 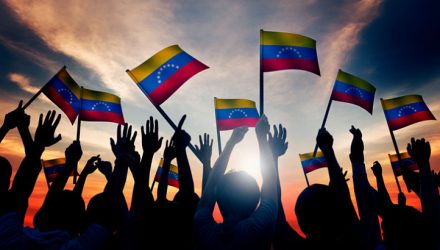 “The national oil company owes $3.5 billion due in October-November. They are unlikely to make those payments,” Croft added in the CNBC interview. “Venezuela has less than $10 billion now in reserves, and then have $5 billion in debt payments coming due this year. … We really do think a disorderly default is on the cards for Venezuela.”

Venezuela is Latin America’s largest oil producer, but that production is continually sliding because of the government’s heavy hand in the oil business and its refusal over the years to make the necessary infrastructure investments to make oil production there more economical.