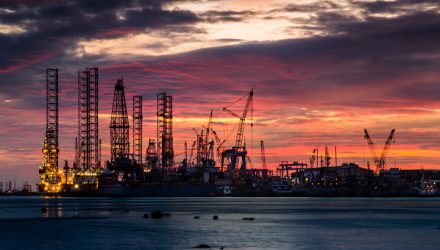 OPEC a Threat to Oil’s Rally

The United States Oil Fund (NYSEArca: USO), which tracks West Texas Intermediate crude oil futures, was mostly flat on Monday, but the widely followed oil exchange traded product closed July on a strong note with a gain of about 9% over just the past week.

However, the Organization of Petroleum Exporting Countries continues looming large when it comes to oil prices and some commodities market observers believe the cartel could actually hamper crude’s recent ascent. Those concerns come as professional traders are growing bullish on crude while trimming bearish positions in oil futures contracts.

“Analysts cut yet again—for a sixth consecutive month—their oil price forecasts for 2017 and 2018, as the slower-than-expected rate of oil market rebalancing puts an increasing amount of pressure on OPEC’s resolve to stick with the cuts, according to 33 economists and analysts surveyed in the July Reuters poll,” reports OilPrice.com.

Looking ahead as we head toward the height of summer driving, U.S. demand may also help support pricing, especially given the recent selloff. Investors seeking an alternative asset to traditional stocks and bonds may consider commodities like oil during the traditional summer doldrums.