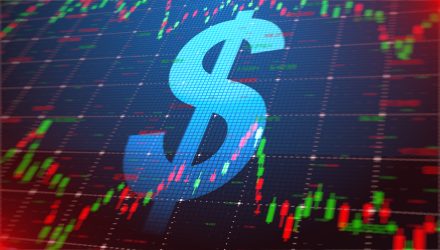 The Vanguard Group has been slicing a bigger piece of the exchange traded fund market pie as the money manager engages in an internecine fee war that has helped drive down costs for investors.

In its latest move at the end of February, Vanguard quietly cut fees on another 10 ETFs among its 82 U.S.-listed ETFs, which have already brought in $58 billion in net inflows over 2022, or more than 2,817 competing funds combined, Bloomberg reports.

“Our intention is to reduce fees across the board — much like we have in the past,” Rich Powers, Vanguard’s head of ETF and index product management, told Bloomberg. “How does that manifest in individual products? If you look at our history, we’ve been very consistent in doing that across our ETF lineup.”

Following the fund sponsor’s record-setting $328 billion in net inflows for all of 2021, Vanguard’s latest inflows put the company on course to surpass BlackRock Inc.’s iShares business as the largest ETF manager within the next two years, according to Bloomberg Intelligence projections.

Meanwhile, the increased demand for cheap ETFs has also accelerated the adoption of stock index-based funds and pushed smaller issuers to distinguish themselves by offering more niche, alternative or thematic strategies to attract investors’ attention.

Vanguard “could put up a loss-leader because they have scale in other places,” Jillian DelSignore, managing director and head of ETFs at FLX Distribution, told Bloomberg. “If you are a one or two or even 10 ETF shop and you’re new, you can’t do that. You can’t have margins that look like that.”

Of the record $900 billion that the U.S. ETF industry brought in over 2021, about one-in-every-three dollars found their way to Vanguard’s passive, dirt-cheap ETFs. For 2022, the trend continues, and the ratio is more than one in two dollars. In January, as rate concerns triggered risk-off selling in equities, Vanguard still brought in $22 billion in inflows, helping to reverse the selling across the rest of the ETF universe and bringing the entire ETF industry to net inflows of $17 billion.