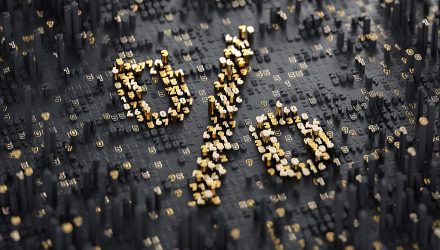 Escalating the ongoing fee war in the exchange traded fund universe, the Vanguard Group plans to cut $1 billion from its investment fund fees by 2025.

Following a $140 million in fee reductions over 2021, Chief executive Tim Buckley stated that Vanguard will continue to cut $1 billion from its investment fund fees by 2025, the Financial Times reports. Buckley stated that future fee cuts would be spread across Vanguard’s active and passive funds.

The latest move marks the ongoing trend toward lower and lower fees in the fund industry as asset managers continue to push down costs in a bid to attract investor assets over the past two decades.

Vanguard has garnered a reputation as one of the industry’s toughest competitors on fund costs as the company continuously cut fund fees since it was founded in 1975, which has become a winning strategy that has helped build out a 30 million clientele list.

Furthermore, investors who have been shopping for cheap and effective fund strategies have even funneled $299.4 billion in new money to Vanguard’s funds globally last year, or up 61% on the $186 billion of net inflows in 2020.

Investors also poured $347 billion into Vanguard’s ETFs last year, or over a quarter of the ETF industry’s record annual haul of $1.3 trillion for all of 2021, with six of the ten most popular ETFs last year belonging to Vanguard.

Competing asset managers have also taken active steps to further fuel the fee war in the fund industry. For instance, BlackRock reduced fees on two bond ETFs this week with a combined $34.6 billion in assets under management after cutting charges on ETFs with $14 billion in assets back in October.

According to the Investment Company Institute data, the average expense ratio for actively managed U.S.-listed equity funds was 0.71% in 2020 compared to 0.06% for index equity funds.

The low fees have helped buy-and-hold or long-term investors remain invested with limited downside costs to drag on performance.

“Only a quarter of Vanguard’s clients trade in any given year. Most of the activity is the result of portfolio rebalancing, which affects a fifth of the customers’ assets on average,” Buckley said.