You are at:Home»Investing»VanEck Vectors Coal ETF: Tide Could be Turning 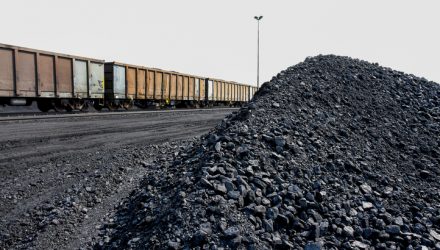 The VanEck Vectors Coal ETF (KOL) is an ETF that offers investors exposure to the coal industry. If someone believes that coal demand will increase, then KOL offers a way to play this perceived trend. But why would someone want to invest in anything related to coal? Isn’t coal supposed to be on the way out? Why KOL is worth looking into will be covered next.

Why coal has fallen out of favor

The world requires energy and coal is one of the main sources of energy. In fact, coal remains the number one energy source for electricity generation at 38%. Coal is ahead of renewables, natural gas, nuclear and oil. Two-thirds of all coal consumption is for production of electricity. If the two biggest users of coal, China and India, are excluded, the figure rises to three-quarters. Industrial use is mainly responsible for coal demand other than electricity generation. Especially the production of steel.

However, coal is also the energy source that creates the most pollution. The impact of coal on the environment has become a major issue. A significant problem with the global trend towards a cleaner environment. More and more people find it important to live in a clean and healthy environment and that is weighing heavily on the use of coal.

The emphasis on clean energy has shifted the balance in favor of natural gas, the primary competitor of coal. Compared to natural gas, coal releases on average twice as much CO2 into the environment.
Click here to read the full article on Seeking Alpha.