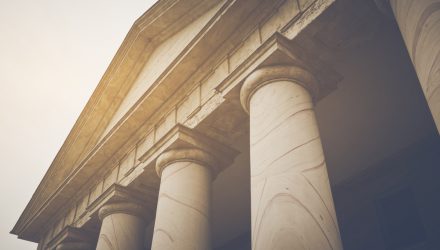 U.S. markets and stock exchange traded funds strengthened Wednesday on hopes that the Federal Reserve will provide assurance of ongoing support for an economy hampered by a coronavirus resurgence.

Investors will be watching for the end of Wednesday’s policy meeting on how long the Fed expects to maintain near-zero interest rates and how the central bank will outline monetary policy ahead to support growth. While the Fed is not expected to reveal any groundbreaking new stimulus measures, analysts point to the ongoing strength in equity markets as a sign of the central bank’s continued support, the Wall Street Journal reports.

“It’s very hard to fight the central bankers and the amount of fiscal stimulus that’s been introduced into the system,” Chris Dillon, a capital markets investment specialist at T. Rowe Price Group Inc., told the WSJ. “And more is expected to come.”

The Fed has already assured the markets that it will extend emergency lending programs that had been previously set to run through September by an additional three months to continue to bolster activity during the ongoing Covid-19 pandemic.

Recent data revealed a possible slowdown in business and hiring after several U.S. states reimplemented restrictions after a spike in infections deaths across the country due to the virus surpassed 150,000, Reuters reports.

“The consensus would be that Fed remains accommodative until we have a vaccine or a treatment for COVID-19, which would mean they are going to continue to provide liquidity which has essentially driven the market off the March low,” Nate Fischer, chief investment strategist at Strategic Wealth Partners, told Reuters.

Meanwhile, corporate earnings have also helped keep U.S. stock momentum going. Major U.S. company earnings have so far beaten the extremely poor expectations. Just over a third of companies in the S&P 500 reported through Tuesday, revealing a 38% decline in earnings year-over-year, with 78% of firms topping forecasts, according to FactSet data.