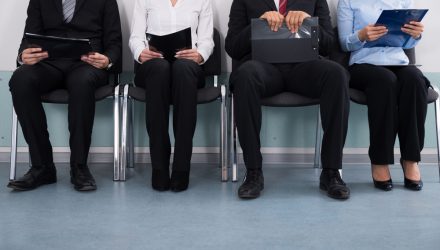 The number of Americans filing for unemployment benefits jumped to 3.28 million last week after state-wide lockdowns and officials urging citizens to stay at home brought the economy to a halt and triggered massive layoffs in the service industries, Reuters reports.

“This is the first alarming data print, but the whisper number was probably higher than that so it does seem like there’s a little bit of relief in the market,” Shawn Snyder, head of investment strategy at Citi Personal Wealth Management, said, referring to the estimated unemployment claims to reach as high as 4 million.

The markets, though, did find solace from Federal Reserve Chair Jerome Powell as policymakers “aggressively” shore up credit in the market on top of unprecedented policy easing.

“He said the Fed is not going to run out of ammunition and that the committee still has policy room for more action,” Charalambos Pissouros, senior market analyst at JFD Group, told Reuters. “By saying that he raises the question – will they go for negative interest rates?”

Meanwhile, on the fiscal side, the U.S. House of Representatives is widely expected to pass a $2 trillion stimulus bill in support of distressed industries, like the beleaguered airlines, after the Senate passed the proposal.

“Investors believe data like today will make it more likely that the House will pass the stimulus bill,” Jeffrey Kleintop, chief global investment strategist at Charles Schwab & Co., told the Wall Street Journal. “The deeper and the worse the numbers are in the near term, the more possibility there is for a [fiscal]response, which powers the rebound on the other side.” 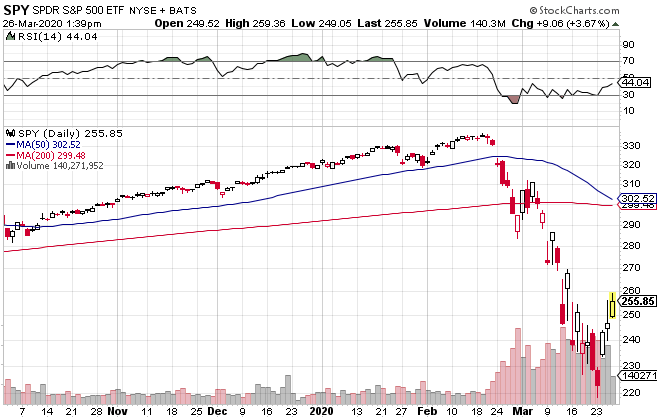