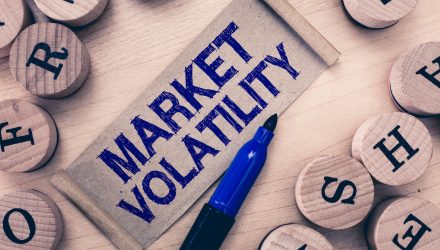 Federal Reserve Chair Jerome Powell revealed that while many Fed officials see room for a more accommodative policy, “we are mindful that monetary policy should not overreact to any individual data point or short-term swing in sentiment,” the Wall Street Journal reports.

Powell’s comments came after James Bullard, president of the Federal Reserve Bank of St. Louis and a vocal critic to interest-rate hikes, said he believed it was too early for a 50-basis-point rate cut.

“You had a one-two punch,” Art Hogan, chief market strategist at National Securities, told Reuters. “Powell came out and warned against policy bending to short-term political interests, but it is also Bullard, who is a dissenter, saying 50 basis points would be too much.”

Major U.S. benchmarks have enjoyed a strong rally in recent weeks on hopes that the Fed will lower interest rates to offset a slowdown in economic growth in response to the ongoing trade war between the U.S. and China. President Donald Trump and Chinese President Xi Jinping are expected to meet at the upcoming G20 summit in Japan to go over trade.

“Prudence is still justified because obviously the bar is quite high for a truce between the U.S. and China on tariffs at this week’s G-20,” Kenneth Broux, a senior strategist at Société Générale, told the WSJ. “The danger is of course that everything ends in acrimony and the whole moves of the past week or so reverse if the U.S. decides to raise tariffs to 25% on the remaining $300 billion [of Chinese goods].”