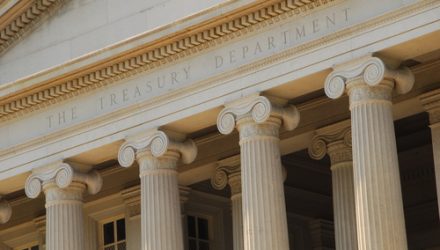 Investors were relieved that the government was committing more capital to bolster the economy after the spreading COVID-19 contagion forced industries to close, sent students home and halted travel for millions. Capitol Hill is finalizing legislation on a stimulus package that could include direct financial payments to Americans and loans to businesses, the Wall Street Journal reports.

However, Hunter warned that this isn’t a cure-all. The measure wouldn’t be enough to prevent output from contracting in the second quarter. “We’ve seen significant parts of the economy shut down, and there’s nothing that the Fed or fiscal stimulus can do to change that,” he added.

Many still anticipate the global economy to fall into a recession, with increased concerns over the likelihood of corporate defaults amid a collapse in business activity.

“There is a lack of fundamental data that we rely on as equity investors to determine what prices should be,” Sean O’Hara, president of Pacer ETFs, a division of Pacer Financial, told Reuters. “The data that we don’t have is what is the impact going to be to GDP, on earnings and how many people are going to wind up losing their job.”

The Senate will vote on the rescue package later Wednesday, and the House of Representatives will follow up soon after. The total figure exceeds the amount the U.S. spends on national defense, scientific research, highway construction and other discretionary programs combined. 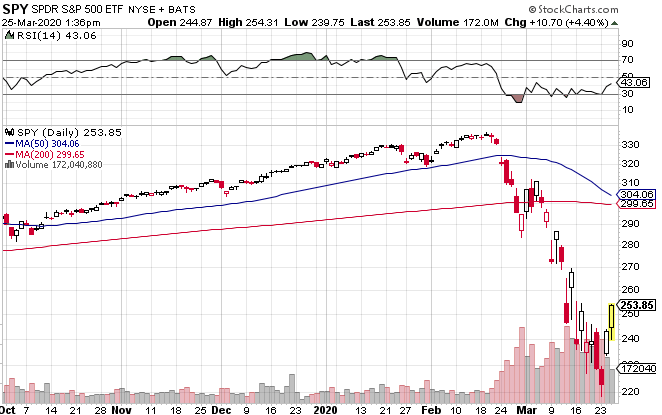