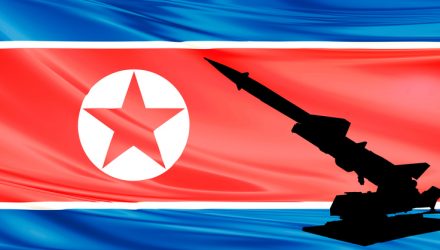 U.S. Stock ETFs Shaken But Not Stirred by North Korea

U.S. markets initially weakened after North Korea launched its first missile over Japan’s main islands since 2009 in its latest in a string of direct provocations that have shaken markets in recent weeks. The Tuesday launched also prompted a stern warning from President Donald Trump that “all options are on the table,” Reuters reports.

“It’s clear that geopolitical tensions have risen with North Korea firing the missile over Japan,” Markus Stadlmann, chief investment officer at Lloyds Banking Group, told the Wall Street Journal. “But I think it’s too early to say whether there will be a more long lasting impact. If that test remains all there is, then probably markets will calm down quickly.”