You are at:Home»Equity ETFs»U.S. Stock ETFs Slip as Energy Slides 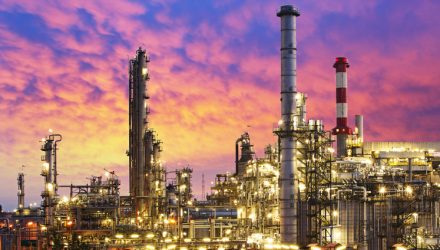 Dragging on the equities market, energy companies in the S&P 500 declined 0.8%.

Hurricane Harvey, the most powerful storm system to hit Texas in over half a century, caused flooding and paralyzed refined crude oil production. With the extensive damages putting a pause on normal refinery operations, the diminished demand from refiners has caused oil prices to fall – West Texas Intermediate crude oil was down 3.1% to $46.4 per barrel – and weighed on the broader energy sector.

“What it tells you is a slight risk-off trade. But nothing that is really shaking up the markets,” Matt Lloyd, chief investment strategist at Advisors Asset Management, told Reuters.