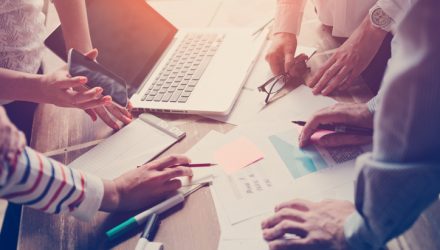 With over half of S&P 500 companies having already reported earnings for the second quarters, firms were on pace to post their best sales growth in years, the Wall Street Journal reports.

“Equities are in an earnings-driven market, surprising to the upside,” Terry Sandven, chief equity strategist at U.S. Bank Wealth Management, told the WSJ.

Many traders are also waiting for the quarterly results of Apple (NasdaqGS: AAPL), which is scheduled to reveal its second quarter earnings after the closing bell. Apple and the broader tech segment have been among the best performers this year, despite valuation concerns and bouts of volatility.

“While valuations overall and for the tech sector isn’t cheap, some of the most powerful earnings growth has come from large-cap technology names,” Bill Northey, chief investment officer at U.S. Bank Wealth Management, told Reuters.