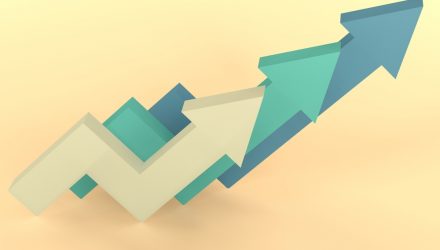 U.S. markets and stock ETFs jumped Friday, regaining some of the lost ground after a tumultuous week that marked one of the major indices’ worst experienced in history.

Major U.S. benchmarks plunged Thursday, with Dow Jones Industrial Average giving up 10%, as the spreading coronavirus drove a fear-induced sell-off, despite actions from global governments to support economic growth. Even with the Friday bounce, the Dow is still on pace for a 16% drop off this week, or its worst week since 2008 and one of its worst in history, the Wall Street Journal reports.

The 11-year bull market also came to an end this week after the broad U.S. benchmarks retreated more than 20%, marking an official bear market.

“It was a fun ride,” R.J. Grant, director of equity trading at KBW, told the WSJ. “All good things come to an end.”

“Panic has taken hold to some extent. You’re just getting people that are not feeling good about the state of the world,” he added.

The Federal Reserve said it would increase purchases of Treasuries in a bid to inject more liquidity into the financial system, buying over $30 billion in bonds Friday. This was also the Fed’s third attempt to stabilize a volatile market. It previously stated it would inject over $1.5 trillion into short-term funding markets on Thursday and Friday to obviate a potential sharp economic downturn, and the central bank also implemented its first emergency interest-rate cut since the financial crisis last week.

Meanwhile, the Trump administration is also pushing through legislation to support American consumers.