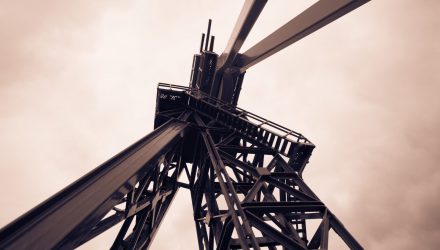 U.S. Shale Could Keep Oil ETFs From Breaking Out

While the Organization of Petroleum Exporting Countries has taken steps to rein in the global supply glut, greater production out of U.S. shale could cap gains in crude oil prices and related exchange traded funds.

“U.S. oil production may hit an all-time high in 2018 despite prices at half of 2014 levels,” Nitesh Shah, Director of Commodity Strategist at ETF Securities, and Maxwell Gold, Director of Investment Strategy at ETF Securities, said in a note, pointing to expansions in shale oil from the Permian Basin and rising efficiency in off-shore oil in the Gulf of Mexico.

Furthermore, oil production in the Gulf of Mexico has been rapidly expanding despite weaker prices, with production out of the gulf already touching an annual high back in 2016, which surpassed the previous high in 2009. Off-shore oil production is also experiencing greater efficiency as cost reductions, standardization and simplification have benefited drillers as well.

“We believe that oil will trade in a range between US$40-55/barrel (bbl) over the coming year,” the ETF Securities strategists said.