You are at:Home»Featured»U.S. Rejects Help From Russia In Race For Viable Vaccine 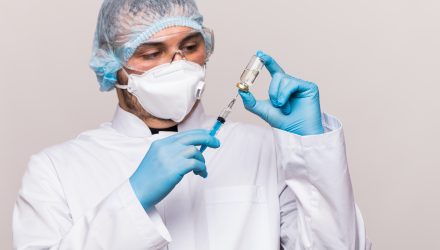 U.S. Rejects Help From Russia In Race For Viable Vaccine

With the coronavirus continuing to plague individuals around the globe, and the need for a cure becoming increasingly critical, the U.S. has invested billions to create a vaccine, seeking at least 800 million doses as soon as the immunizations are ready later this year or early next year.

Operation Warp speed, the moniker that President Trump gave to the program spearheaded by several departments within the federal government to speed up the development, manufacturing, and distribution of vaccines and treatments to fight Covid-19, hopes to generate a minimum of 300 million doses of a coronavirus vaccine, free of charge to providers, by January 2021.

The federal government has said it will handle the cost of delivery but health-care providers can still charge to administer the vaccine.

“It is likely that at the beginning of next year we would have tens of millions of doses available,” Dr. Anthony Fauci, director of the National Institute of Allergy and Infectious Diseases, told reporters on a conference call with National Institutes of Health Director Dr. Francis Collins late last month.

“I think as we get into 2021, several months in, that you would have vaccines that would be widely available,” Fauci said.

Experts note that some of the top vaccine candidates are already being manufactured “at risk,” meaning the doses are created and prepared for deployment before official approval from the U.S. Food and Drug Administration, something that has been concerning about the recent vaccine developments in Russia.

Russian officials in Moscow told reporters at CNN that they have offered “unprecedented cooperation” with Operation Warp Speed, yet the officials told CNN that the Washington shut them down, stating that the “US is not currently open” to the Russian medical advances.

“There is a general sense of mistrust of Russia on the American side and we believe that technologies — including vaccine, testing and treatments — are not being adopted in US because of that mistrust,” one senior Russian official told CNN.
Meanwhile, President Trump touted Washington’s domestic vaccine development progress.

“We are investing in the development and manufacture of the top six vaccine candidates to ensure rapid delivery. The military is ready to go, they’re ready to deliver a vaccine to Americans as soon as one is fully approved by the FDA and we’re very close to that approval,” President Trump said during a news conference at the White House on Tuesday.

While the process to generate a new vaccine is likely to take some time, rather than pin their hopes on one particular company, investors can bet on a broad swath of biotech companies using ETFs.

Some of the most popular ETFs to consider, or ones with significant allocations of Moderna, include the iShares NASDAQ Biotechnology ETF (IBB), the SPDR S&P Biotech ETF (XBI) and the VanEck Vectors Biotech ETF (BBH), and Loncar Cancer Immunotherapy ETF (CNCR).