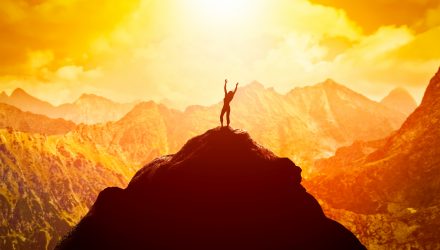 U.S. Markets Down, but Still On Top of the World YTD

The stock sell-off in the Dow Jones Industrial Average continued Thursday after yesterday’s 800-point thrashing with more bouts of volatility in the red, but compared to the rest of the world from a year-to-date perspective, the U.S markets are the only ones in the green, according to data from Yardeni Research, Inc.

When juxtaposed with all countries, emerging markets, Economic and Monetary Union (EMU), Japan, and United Kingdom, the U.S. sits atop the rest with respect to the aggregate of its MSCI share price indexes. 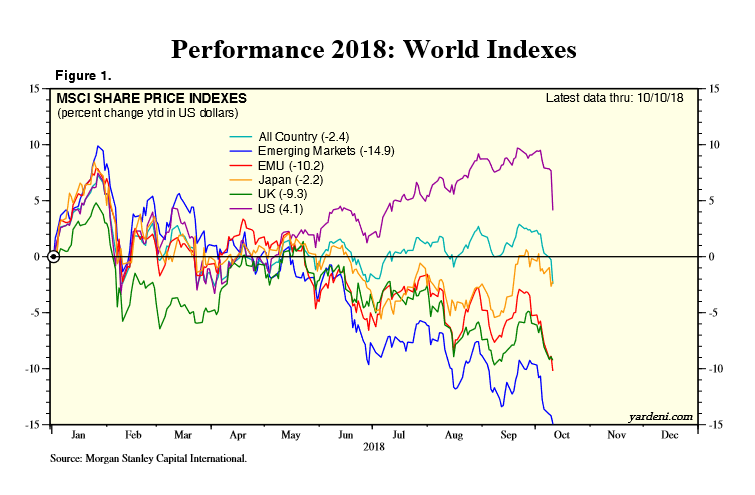 Related: Emerging Markets: When the Time is Right, Will you be Ready?

Much of the pain felt in the rest of the world, particularly in emerging markets, has been due to trade wars between the United States and China, but the U.S. has largely been able to parry its effects thus far this year. However, that could change, according to forecasts from the International Monetary Fund.

For the first time in two years, the International Monetary Fund expressed skepticism for global growth in the coming years as the organization cut its forecast for economic growth in 2018 and 2019, citing escalating trade wars as the prime disruptor.

“There are clouds on the horizon. Growth has proven to be less balanced than we had hoped,” said IMF Chief Economist Maurice Obstfeld. “Not only have some downside risks we identified in the last WEO been realized, the likelihood of further negative shocks to our growth forecast has risen.”