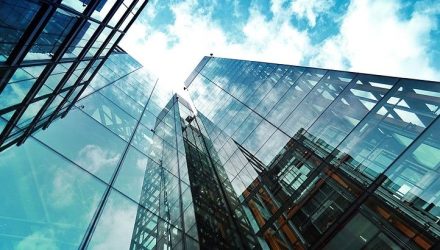 Growth stocks gained 2.52% and outpaced the 1.28% increase posted by value stocks. International stocks outperformed their U.S. counterparts. Developed international stocks, as measured by the MSCI ACWI ex US Index increased 3.72% and emerging market stocks increased by 6.04% for the month. Weakness in the dollar aided returns as the U.S. currency declined 2.9% during July.

Fixed income markets logged solid returns for the month. Interest rates increased at the short and long ends of the yield curve but declined for maturities from one to 10 years. Consistent with our view, credit again outperformed pure interest rate exposure as corporate bonds outperformed Treasuries. The yield on the benchmark 10-year Treasury decreased one basis point to 2.30% during the month. The Fed left interest rates unchanged at the meeting that concluded on July 26.

The Fed meets again on September 19-20 and, at this point, no change in rates is expected at this meeting. There are three more FOMC meetings scheduled this year and currently the fed funds futures market is suggesting there is less than a 50% chance of a rate hike at any of these meetings. The Jackson Hole Economic Symposium, an important gathering of global central bankers, is scheduled for August 24-26. Market participants will be eager to see if any new details are released as to the unwinding of the Fed’s balance sheet. The Bloomberg Barclays Aggregate Bond Index increased by 0.43% for the month. Credit once again outperformed, with investment grade corporates increasing by 0.73% while Treasuries increased by 0.17%. High yield bonds increased 1.11% and municipals increased by 0.81%.

At the risk of sounding like a broken record, U.S. stocks again posted gains and continued their post-election rally. Growth stocks led the charge and large cap stocks outperformed small cap stocks. Benefiting from improving earnings and a weak dollar, international stocks, both developed and emerging, outpaced U.S. stocks for the month.

Rates increased at the short and long ends of the yield curve but declined through the middle of the curve. The yield on the 10-year Treasury decreased 1 basis point in July to 2.30%. The Bloomberg Barclays Aggregate Bond Index increased for the month, driven by gains in corporate bonds, which outperformed Treasuries. Credit exposure continued to be rewarded as high yield bonds outpaced investment grade bonds and Treasuries. Municipal bonds increased in value for the month.

June economic activity rebounded from May levels. The acceleration was evident in most data points. The ISM Manufacturing and Non-Manufacturing Surveys indicated the economy continues to grow and the Leading Index hit new highs. Job growth moved back above 200,000 after May’s weak numbers and housing remains solid. Durable goods orders hit the best level in three years. The advance reading of second quarter GDP came in at 2.6%, driven by strong consumer spending.

As expected, The Federal Open Market Committee left the Fed Funds rate unchanged at a range of 1 to 1.25% at the meeting that concluded on July 26th. Three more meetings are scheduled to be held this year, with the next meeting scheduled for September 19-20. Presently, no rate increase is expected. The Jackson Hole Economic Symposium is scheduled for August 24-26. All eyes will be watching to see if any new direction in policy will be announced at the important gathering of global central bankers.