You are at:Home»ETF Strategist Channel»US Equities: Lift-off Achieved… But It’s Not All Hot Air 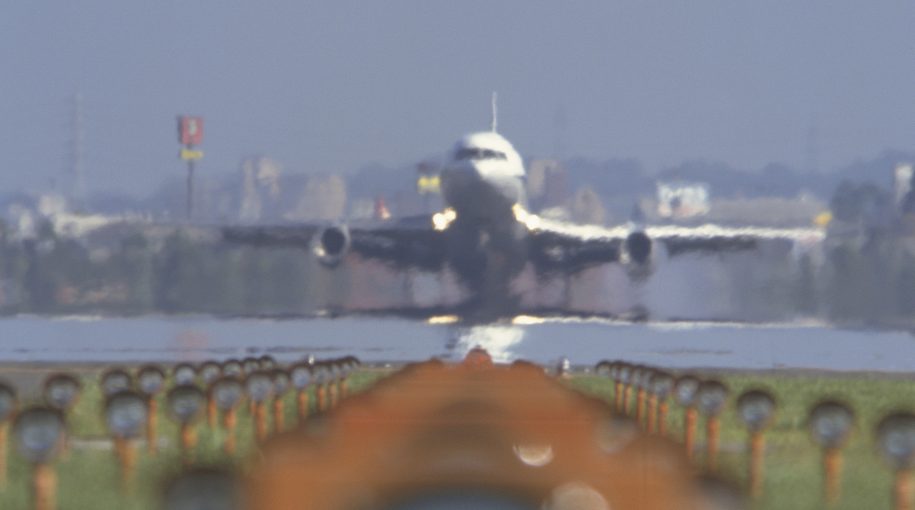 US Equities: Lift-off Achieved… But It’s Not All Hot Air

Strong US equity returns over the past nine years have led to a degree of skepticism among some investors who assume that the US stock market is in some sort of unsustainable ‘melt-up’.

Our outlook at RiverFront regarding US equities is quite different.

We do not dispute the fact that equity valuations currently appear ‘full’ relative to history from a price/earnings multiple perspective. However, we recognize that stock prices can rise even if valuation multiples remain static or even decline slightly.  That is because, in our view, earnings are just as important to stock prices as valuation multiples.

While multiples may be high, we believe earnings appear to be poised for a 14% increase in 2018, according to Thomson Reuters I/B/E/S. Ultimately, as demonstrated in the chart below, equity valuations tend to follow earnings growth; if earnings live up to those lofty expectations or even exceed them, our return forecast for US equities in 2018 could prove conservative.

Future Earnings Growth Drivers:  The S&P 500 is expected to post about $132 in 2017 earnings per share*, which would be an increase of 12-15% over 2016.  Analysts currently expect EPS to grow by 14% in 2018 to $151*. If the analysts are correct, 2017 and 2018 would, according to Factset, represent the fastest period of earnings growth since April, 2012 and a reasonable justification for why we believe the market is not trading solely on ‘hot air’.  We see several components driving earnings growth, a few of which may not be fully appreciated by the market and may lead to additional earnings upside. Two of the most important, in our view are:

1) Indirect Benefits from Tax Reform: With the S&P 500 up over 10% over the past three months (when the prospect for tax reform became likely), we believe that the direct impact of lower corporate taxes is mostly ‘priced-in’.  However, we see three indirect aspects of the tax bill that may not be fully appreciated by the market.  First, share buyback activity spurned by lower corporate taxes and repatriation may be more meaningful than originally anticipated.  This can be seen from the positive market responses to those companies that have raised their 2018 buyback guidance.  Second, investors may be underestimating the positive impact tax reform could have on consumers.  Not only will most consumers benefit from lower personal tax rates, they also stand to benefit from the special bonuses and/or wage increases that have been recently announced by some of America’s largest employers.  Finally, many corporations will likely reinvest a portion of their tax savings and/or repatriated profits through capital projects, mergers and acquisitions, and hiring additional employees.  Reinvestment should have a multiplier effect on earnings, turning $1 in tax savings to more than $1 in future earnings, assuming that corporations remain good stewards of capital and reinvest in projects with reasonable expected returns.

2) Growing Profit Margins: There are a number of popular forecasters that warn that US corporations are at ‘peak’ profit margins, and margins can only go down from here.  While we will not dispute the fact that US corporate aggregate profit margins are currently at or near historical highs, we do believe they have the potential to rise even further.  Our positive outlook on profit margins stems from four potential positive contributors.  First, revenue growth, historically one of the most important components to profit margins, has only recently begun to grow at respectable levels as world economies expand in a synchronized fashion.  Rising revenues tends to lead to higher profit margins, since companies benefit from scale efficiencies.  Second, a weaker US dollar relative to our trading partners make foreign profits more valuable since goods and services sold overseas are bought with more valuable foreign currencies. Third, several important sectors of the economy like Financials, Materials and Energy; whose profit margins have been pressured by low interest rates or low commodity prices are beginning to be less pressured with the rise in both. Finally, several secular shifts in the political environment appear to have the potential to lower costs.  Examples of potential cost savers include deregulation in the US and labor market reform in Europe.

Bottom Line:  Over time, valuation multiples are notoriously fickle and can expand or contract quickly based on investor sentiment.  Earnings growth, on the other hand, has traditionally been resilient and steadily upward sloping over time.  For this reason, earnings, in our opinion should matter most to long-term investors. With earnings expected to grow robustly in 2018, we see the recent strength in US equities as justified, and do not share the ‘market is in a bubble’ viewpoint.

However, we also recognize that US equity returns in 2017 benefitted from both robust earnings growth and roughly 2 points of P/E (price to earnings) multiple expansion, which will be difficult to duplicate in 2018.

From a positioning standpoint, we remain generally constructive on stocks globally but are underweight US stocks relative to our composite benchmarks. While we still expect slightly higher returns from current levels for the US market in 2018 we see better reward-to-risk potential in markets outside the U.S.  Our viewpoint would change if US equities pulled back and provided a more favorable entry opportunity.  Within US equities, we anticipate that the rotation in leadership that started in the second half of 2017 will continue throughout 2018. That rotation was defined by a growing underperformance of the historically interest rate sensitive sectors, like utilities, staples, REITs and Telecoms and outperformance by more economically sensitive sectors like Financials, Industrials, Materials and Energy.