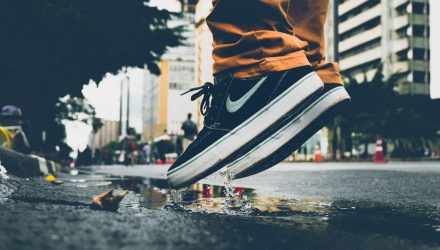 The US economy maintained its resilience during October, with strong economic data across the board. The third quarter GDP report showed the domestic economy running at a 3.0% annualized growth rate.

The number came in slightly higher than expectations (estimates were for a 2.6% rise) and marked the first time since 2014 that we’ve had back to back readings at or above 3.0%. It’s uncertain what impact hurricanes Harvey and Irma had on the Q3 number, yet when combined with the massive fires in California’s wine country, the broader US economy will likely experience the same slight boost via rebuilding efforts that it has historically.

The Unemployment Rate in September dipped to 4.2% from 4.4%, despite a -33k drop in nonfarm payrolls.

Economists were quick to point out the likely “noise” in the data resulting from Harvey and Irma, and it may be a few months before we see a cleaner picture of the US employment landscape.

Average hourly earnings did tick up more than expected, surging +0.5% in September, and are now up +2.9% YoY. Initial jobless claims held steady in October, averaging 240,000 per week.

The housing market remained strong in the third quarter, fueled once again by low interest rates and affordable mortgages. The S&P CoreLogic CS US Home Price Index rose 6.07% in August from the same period a year ago.

With inflation remaining muted, the Federal Reserve is feeling little pressure to hike interest rates. The Consumer Price Index rose 2.2% YoY in September while PPI was up 2.6%. The PCE Deflator, one of the Fed’s preferred measures of inflation, rose just 1.6% in September while the Core PCE edged up only 1.3% YoY. Should the US economy maintain this streak of 3.0%+ growth, we’re likely to see growing signs of inflation, primarily via rising wages. If Congress were to pass tax reform in early 2018, giving the economy a boost, it’s likely the Fed would need to increase the pace of its tightening agenda.

Domestic Equities posted strong gains in October, with the S&P 500 closing near an all-time high.

The benchmark Large-Cap index gained +2.33% during the month, and is up a stellar +16.91% for the year. Mid- and Small-Caps, as measured by the S&P 400 and S&P 600 indices, returned +2.26% and +0.95% during the period. That comes after Small- and Mid-Caps outperformed Large-Caps by a wide margin in September on the heels of positive tax-reform related news.

From a sector standpoint, the aforementioned Technology sector was the month’s best performing group, gaining +7.76% after strong quarterly earnings reports from the likes of Google, Microsoft, Intel, and Visa. The positive momentum in the sector carried over to the world’s largest company (Apple), which is set to report quarterly earnings this week. Apple, Google, and Microsoft represent more than one third of the sector’s weight. The month’s worst performing sectors included Consumer Staples, Healthcare, and Energy; however, the most notable standout was the Telecom sector, which shed -7.62% after dismal earnings reports.

Lastly, through the first 10 months of the year Technology has been a clear winner up +37.24% for the year, standing in stark contrast to the Telecom and Energy sectors, which are both negative on the year, down -11.95% and -7.25%, respectively.

International equities were strong performers across the board in October, with the MSCI ACWI ex. USA Index, a broad measure of international stocks outside the U.S. returning +1.89%.

Emerging Markets led the way, with the MSCI EM Index returning +3.51% during the month to extend the year’s gains to +32.60%. Emerging Markets continue to benefit from a pick up global growth, and their own version of the S&P 500’s “FAANMG” stocks. More specifically, Samsung, Alibaba, Tencent, and Taiwan Semiconductor continue to power the EM Index. These four companies have returned +65.45%, +107.67%, +79.19%, and +48.00%, respectively year to date (No, these are not typos), and combine for nearly 15% of the MSCI EM Index as the top four holdings.