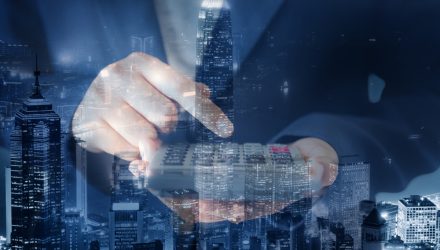 The week has started with the S&P 500 now being up for four straight days. It has moved 100 points in four days, which is only 75 points away from the old high in early September. CNBC’s Bob Pisani takes a look at the market action for today, addressing the nature of this upswing, which was focused more on cyclical last week, but now seems to align more with mega caps.

MCHI, the broadest China ETF, has reached a new high, which falls in line with China’s strength in the markets for the past couple of weeks. Also doing well, as Pisani points out, consumer discretionaries, which reflects the success cyclical had last week. There’s also tech and industrials that have been on a higher trend.

Getting to the mega caps, while airlines are so far doing a little weaker than last week, the concern may be coming from the uncertainty regarding stimulus, as these areas tend to do better when the stimulus is doing better. That said, looking at the mega caps, such as the FAANG stocks, they are thriving, let alone gaining. These are areas that actually do better when the stimulus is not in the best shape. One could also look at the work-from-home plays such as Etsy, Adobe, and Activision, and note their current success.

As far as what’s causing these rises in the markets, or what may be leading to an adverse effect, Pisani points out a few things. The stimulus is playing a role, as it not only has a major potential to impact lives financially, but it serves as a bridge to the vaccine. There’s also the general nature of rumors concerning a vaccine and businesses reopening, which has led to positive earnings and encouragement overall. Less concern is out there for the possibility of a contested election. Meanwhile, a blue sweep has led to the lowest concern when considering the impact.

When looking at earnings, while still down, by comparison, things are improving when looking at the estimates. As noted last week, most companies have all beaten their estimates, showing how analysts are being far too conservative in their predictions.