You are at:Home»Featured»More Stimulus Hopes As Stocks Rise 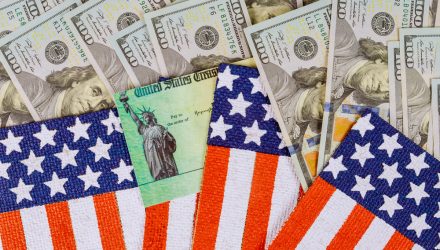 With the S&P 500 holding onto some of the best levels since early September, it is good to look at things in an optimistic light, amid uncertainty. CNBC’s Bob Pisani took a look at the stocks being on the rise, with some additional thoughts on the hopes of further stimulus headed to the people, despite what’s been said.

With so many good opens, 5 to 1 advancing to declining stocks, which bodes well. There’s been a modest cyclical rally, where investors can look at the various SPDR funds and see a steady climb. The energy sector would likely be among these increasing areas, were it not for the hurricane currently in the south and a resulting drop for oil.

Meanwhile, tech is doing well enough, but industrials are hitting many new highs, with companies including Caterpillar, Deere, and FedEx all reaching new rallying highs, with continued legs. The same goes for airlines, which are all performing strongly and doubling the S&P performance.

A modest rally in the bank stocks can also be seen, one of the better rallies in this area so far, this year. There are double-digit gains in bank firms such as Regions Financial, Comerica, and U.S. Bancorp.

Bringing things to areas related to post-election hopes for stimulus around infrastructure, material stocks are doing great as well. Steel stocks, copper, and other areas are all up big right now. It all plays a lot into the cyclical rally taking place and what to keep hoping for.

That in mind, investors and advisors have no clear idea what to expect from stimulus overall, as there’s no sign of actually seeing pre-election stimulus, rather than post. Not to mention whether it’s a comprehensive package or a standalone deal. It’s led to much confusion, with many on the sidelines. Also wild is seeing the volume light on the up days, yet heavier on the down days, indicating a lack of buyer enthusiasm.

However, as far as enthusiasm for Q4 goes, it comes down to what is coming off from Q3. Most companies reporting are said to have beaten estimates, which has raised the estimates for Q4, given the potential. That’s a good reason to be bullish, even with the various elements still out their (Covid, election results) that may cause uncertainty.