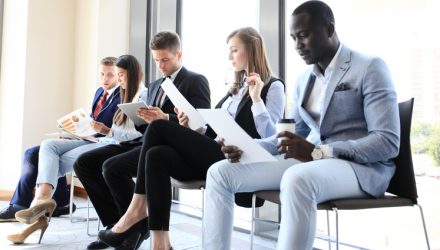 U.S. equities and stock exchange traded funds bounced Friday on a better-than-expected pick up in U.S. employment and a surge in technology sector shares.

Technology shares in the S&P 500 were among the best performers, jumping 1.5% Friday.

The unemployment rate rose to 4.4% form a 16-year low of 4.3%, but the increase was attributed to more people looking for work, a signal of confidence in the labor market.

“We’re looking at now four of first six months of the year with 200,000 jobs or more and this is a nice solid report, so we can look forward to earnings season coming up,” Ryan Detrick, Senior Market Strategist for LPL Financial, told Reuters. “The one potential slight concern was the average wages didn’t raise quite so much as some of those early estimates. But that falls in with some of the inflation data we’ve been seeing.”