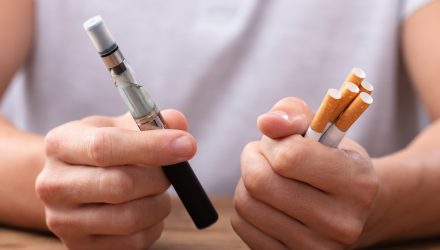 Under 21 Tobacco Use is Expected to be Banned Soon

Amidst mounting pressure from concerned parents and regulatory bodies like the CDC over vaping use in young people, the House of Representatives passed a $1.4 trillion spending package on Tuesday that includes a provision banning the sale of cigarettes, e-cigarettes, cigars and other tobacco products to people under the age of 21.

U.S. lawmakers on Monday negotiated a deal to augment the provision, in addition to future changes to health-care law, to the spending bill that supports the federal government through the fiscal year ending Sept. 30. The legislation now is on its way to the Senate where it’s anticipated to pass later this week. White House counselor Kellyanne Conway said President Donald Trump plans to sign it into law.

The legislation would raise the federal minimum age to purchase cigarette and e-cigarette products from 18 to 21, something anti-cigarette and vaping parties have been buttressing for some time now.

Under such pressure, Congress has been pushing to increase the minimum age to purchase tobacco products as public health officials attempt to combat a teen vaping epidemic. Research shows that teens who vape are more likely than their peers to turn to cigarettes.

Nineteen states, as well as the District of Columbia, already have laws prohibiting the sales of tobacco products to the age of 21, according to the Campaign for Tobacco-Free Kids, an advocacy group.

While there has been some debate as to whether vape related illnesses and deaths this year were limited to tobacco related vaping or extended to cannabis related vaping as well, THC, the active ingredient in marijuana, was found in 23 of the 29 samples tested in a study officials said recently, while nicotine was detected in 16 samples, which came from 10 different states across the country, the officials said.

Dank Vapes was the most commonly used THC product among patients who developed a deadly vaping illness, though it’s “unlikely” that a single brand caused the national outbreak, the Centers for Disease Control and Prevention said in a report this month.

The mysterious illness, called EVALI, has hospitalized 2,291 people across the country and killed 48 people since reports of it started emerging earlier this year. Health officials quickly linked the illness to vaping but were struggling to identify what exactly was making people sick.