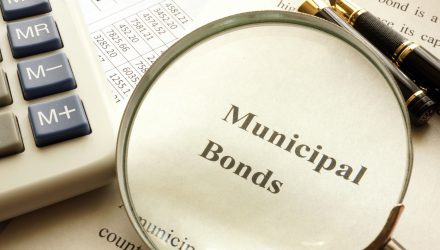 As the municipal bond market continues to struggle, with states continuing to incur massive debt as the coronavirus ravages the economy, members of the House Municipal Finance Caucus are pressuring the Federal Reserve to buy municipal bonds with terms of up to 30 years.

“This is a segment of the market that should not be ignored,” said a letter signed by 43 House lawmakers. “These efforts should also be extended to meet the needs of rural, suburban, and urban communities.”

The May 1 letter to Federal Reserve Chairman Jerome Powell and Treasury Secretary Steve Mnuchin, which emphasizes that Congress would like the Fed to broaden its support for the municipal bond market beyond the scope of the Municipal Liquidity Facility which concentrates primarily on new note issuances, was publicly released Monday.

Medium and long-term municipal securities represent over 95% of municipal bonds, Ruppersberger and Stivers said in a press statement.

“Many state and local governments are going to be in dire straits as they face unprecedented revenue shortfalls, extended timelines for income tax filing, and unforeseen expenses related to COVID-19,” Ruppersberger said. “At the same time, they have to keep police, firefighters, and teachers on the payroll, maintain roads, and provide other critical services. I am proud to lead this bipartisan effort to encourage the Fed to also help our state and local governments weather this storm.”

The Federal Reserve had already been taking some action toward helping state and local governments when they announced on April 9 the creation of a Municipal Liquidity Facility that will offer up to $500 billion in lending to states and municipalities while the Treasury will facilitate $35 billion of credit protection utilizing the funds appropriated by the CARES Act.

In late April the Fed announced revisions that expanded the eligibility by reducing population requirements to include counties with at least 500,000 residents and cities with a population of above 250,000.

The Municipal Liquidity Facility, which has not yet begun, is designed to aid states, counties, and municipalities to regulate their cash flow through the purchase of tax anticipation and revenue anticipation securities with a duration of up to three years.

There are some restrictions, however, as Issuers are eligible only if they had an investment-grade rating as of April 8 from at least two major nationally recognized statistical rating organizations.

“From the BDA’s perspective, we feel like the Fed is in a good place,” said Michael Decker of the Bond Dealers of America. “We feel like the Fed has taken appropriate actions. We are really looking forward to seeing the Municipal Liquidity Facility, the primary note purchase facility up and running.”

Although Drecker sees some improvement since March, he is still happy to have the Fed’s assistance.

“It’s not behaving normally but trades are getting done and it’s not clear the Fed needs to intervene in the secondary market at this point,” Decker said. “I think the Fed should be ready to use this authority if market conditions deteriorate. We’re certainly supportive of the Fed having the authority to intervene in the secondary market if needed.”