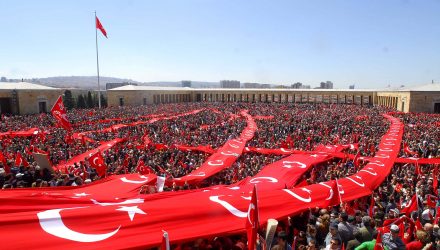 Turkey continues to face mounting pressure on its bonds, which has caused the country to replace Argentina as the worst performer for bond investors, according to a report by Bloomberg. Lira-denominated bonds have fallen 38% year-to-date and 8% within a week.

The benchmark Turkey 10-year bond yield has risen by over 55% since May to its current level of 18.22 as of 2:00 p.m. ET. In addition, Turkey’s stock index is the worst-performing of the major global markets thus far this year. 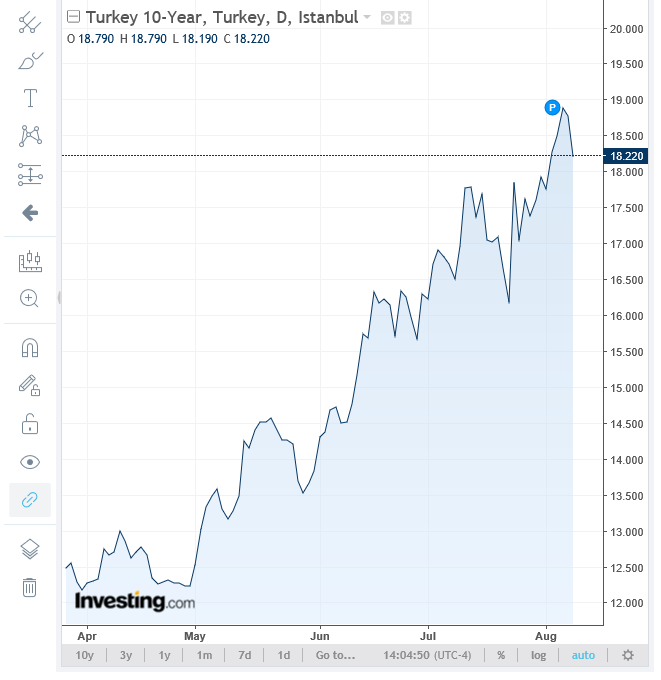 Turkey is also feeling the pangs of U.S. President Donald Trump’s decision to impose tariffs of 25% on imported steel and 10% on imported aluminum. Turkey is threatening to hit the U.S. with its own wave of tariffs on cotton – a staple input for Turkey’s high-exporting garment industry.

Additionally, President Trump imposed sanctions on Turkey’s interior and justice ministers just last week for their role in the internment of U.S. pastor Andrew Brunson as well as other Americans for terrorism.  These geopolitical concerns have also wreaked havoc on the Turkish lira.