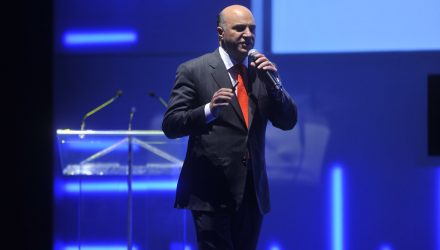 Kevin O’Leary: Turkey is a ‘Nothing Burger’

With Turkey caught in the middle of an economic hurricane, the United States and European capital markets appeared to have shaken off the initial blows dealt by the crisis with the Dow Jones Industrial Average closing today’s session up over 100 points and the Euro Stoxx 50 edging slightly higher by a couple points.

The nullified effect hearkened back to Canadian businessman and “Shark Tank” television personality Kevin O’Leary saying that Turkey’s effect on the markets would register like a minor blip on a radar screen or in this case, a nothing burger on a fast food restaurant menu.

“People just don’t care,” said O’Leary. “I’m not saying you shouldn’t care about Turkey, but it’s kind of like a nothing burger in terms of putting pressure on European financials.”

Last Friday, the economic issues in Turkey and the geopolitical tensions with the United States gave the Turkish lira no reprieve, hitting an all-time low of 7.24 against the U.S. dollar. In an effort to prop up the currency, the Turkish central bank lowered the reserve requirement for banks by 250 basis points to improve liquidity conditions.

Despite pressure from economists to raise interest rates, Turkish President Recep Tayyip Erdogan said in a speech that “interest rates should be kept to a minimum because they are a tool of exploitation that makes the poor poorer and the rich richer.”