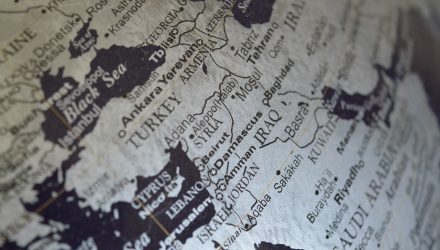 Last week, 15 lawmakers from the main position CHP switched over to the newly formed nationalist spinoff, Iyi Party, revealing signs of cooperation among a shacky opposition to challenge Erdogan.

Additionally, speculation that former president Abdullah Gul could also step in to shake things up. Gul has recently criticized the government’s clampdown on dissent after a failed 2016 military coup.

Risks Ahead for Turkey

Given the recent turn of political events, Levashova argued that “there are high risks” that Erodgan will fall short of the 50% votes required for a quick win.

Meanwhile, financial sector stocks were weakening on concerns that the central bank is behind the curve in raising rates and a looming sentence of Turkish banker Hakan Atilla, whom was convicted of using his position to evade U.S. sanctions in Iran.

Some investors are also concerned with the country’s widest current-account deficits among G20 nations and a double-digit inflation, despite the economy expanding 7.4% last year.

“The balance between growth and the current account has deteriorated recently and it cannot continue like this,” Sertan Kargin, director of research at Global Securities, told Bloomberg. “Uncertainty regarding the efficiency and capability of the new government that will be formed after the vote to address this problem is weighing on the BIST 100 Index, and it seems like it’s going to be the case until elections are over.”