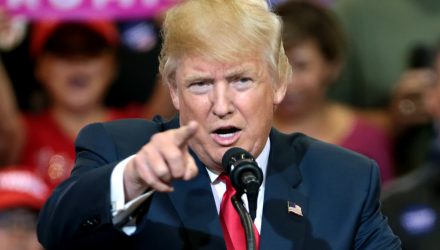 While economists cite an inverted yield curve as a precursor to a recession, U.S. President Donald Trump made his own economic prognostications, telling Fox News during an interview that his impeachment would result in a stock market crash. Furthermore, it would cause individuals to lose all their money.

“If I ever got impeached, I think the market would crash. I think everybody would be very poor,” President Trump said.

“Because without this thinking, you would see numbers that you wouldn’t believe in reverse,” Trump added. “I got rid of regulations. The tax cut was a tremendous thing.”

The president’s comments stem from the his longtime personal attorney Michael Cohen,pleading guilty on Tuesday to two felony campaign finance violations, including excessive campaign contributions and causing an unlawful corporate contribution. Under oath, Cohen admitted to these violations at the direction of the president.