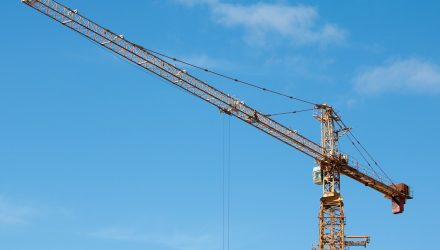 An industrial sector-specific ETF has experienced hefty outflows over the past week – partly due to President Donald Trump’s recently announced tariffs on steel and aluminum imports.

The Industrial Select Sector SPDR (NYSEArca: XLI), the largest exchange traded fund tracking industrial stocks, was the third most shunned ETF of the past week, experiencing $447.2 million in outflows, according to XTF data. Over the past month, XLI saw around $1.9 billion in outflow.

XLI tries to reflect the performance of industrial companies taken out of the S&P 500, and it is suffering from its high exposure to global trade.

On Thursday, President Trump surprised markets by announcing a tariff on aluminum and steel imports, which are used to produce numerous industrial products like airplanes. The tariffs fueled concerns of higher selling prices or diminished profits for U.S. corporations in those industries. Furthermore, some feared other countries could retaliate with their own tariffs on goods the industrial sector utilizes.