You are at:Home»Alternative ETFs»Trump May Tap Into Emergency Oil Supply 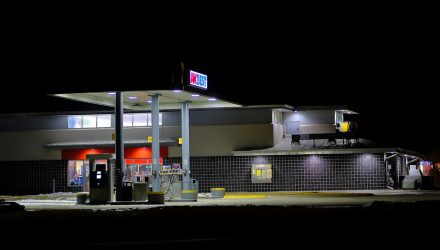 Amid rising oil and gas prices, U.S. President Donald Trump is being forced to contemplate a move that will tap into the nation’s emergency supply of crude oil.

There has been no official order from the Trump administration to release emergency stockpiles from the 660-million-barrel supply, better known as the Strategic Petroleum Reserve. Nonetheless, options are under review to test a release of five to 30 million barrels, according to sources familiar with the situation.

Meanwhile, the national unleaded average gasoline price was up $0.63 today to $2.89–28 percent higher compared to a year ago. According to gas range prices published by the American Automobile Association (AAA), Americans can expect gas prices to fall between $2.85 per gallon and $3.05 per gallon through Labor Day.

In typical fashion, President Trump took to Twitter on the Fourth of July to voice his displeasure for the latest increases in gas prices.

The OPEC Monopoly must remember that gas prices are up & they are doing little to help. If anything, they are driving prices higher as the United States defends many of their members for very little $’s. This must be a two way street. REDUCE PRICING NOW!

While to the general public, the move to dip into the emergency supply may signal distress, it’s not an alarming strategy according to some market analysts.