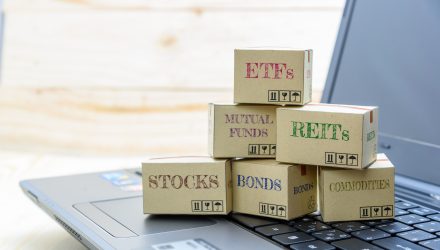 “WisdomTree–if you look at WisdomTree, the whole idea is they were built on the currency strategy and with the dollar strong, it’s really tough for them,” said Lydon. “But it’s well positioned that when things start to cool off here in the U.S., it will heat up oversees, especially in developing countries.”

“JP Morgan is crashing the ETF party,” said Rosenbluth. “They’re about to hit the top 10 with their beta builder products being a driver and with active management and multi-factor, I think they’re going to put the resources behind growing in this space.”

5. Which ETF category Will See the Most Innovation in Five Years?

Disruptive innovation is already taking hold of the ETF space, but in five years, it will be an arms race by ETFs to see who can capitalize on the latest and greatest technologies.

“I think fixed-income is where we’re going to start to see this,” said Rosenbluth.

“I think active equity,” said Lydon. “We get a bear market in stocks, there are a couple of ETFs poised to go all cash and if they catch it on the downside, sidestep it and get in on the upside, here is where an ETF company can set themselves apart performance-wise.”

6. What’s the Problem with ESG ETFs–How Come No one is Buying Them?

The rise of ETFs have also called to mind social responsibility, allowing investors to allocate capital into environmental, social and governance (ESG) ETFs, which are not relatively new, but the concept is still struggling to break into the realm of the mainstream, particularly in the current risk-on investing landscape.

“I just think people just want to buy simple things from an ETF wrapper,” said Rosenbluth. “The other part of the problem is the money that’s in these mutual funds is sticky.”

“I think money is going to come, but it’s going to be a long, slow trickle,” said Nadig.

“All the backtesting shows that there’s some alpha to be gained there, but that’s the question,” said Lydon.

Thanks to the Securities and Exchange Commission, nine have tried and nine have failed when it comes to a Bitcoin or cryptocurrency-related ETF breaking into the capital markets. However, with another year to process the data and scrutinize it further, will the SEC finally embrace digital currencies by the end of 2019?

“No,” said Rosenbluth. “The SEC has concerns about it. There isn’t the data to back up that this can be handled in a way without fraud–it’s a hard thing to overcome proving that.”

“SEC is looking at it for sure; they’re trying to get their arms around it,” said Lydon. “It will happen by the end of 2019.”

“I think futures-based products is where this is going to happen,” said Nadig. “It’s really hard for the SEC to say you can invest in oil futures and natural gas futures, but you can’t invest in crypto futures, they settle the same way, they trade the same way. I think it’s just a matter of time and the time is 2019.”

To listen to the full, complete podcast, click here.