You are at:Home»Investing»Treasury Yields Tick Higher on Another Volatile Day for Stocks 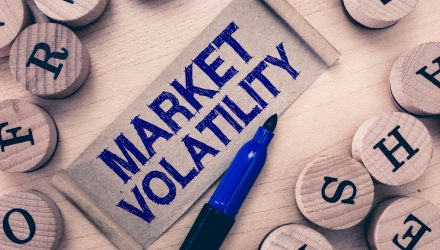 Treasury Yields Tick Higher on Another Volatile Day for Stocks

Rising United States Treasury yields have been mentioned as part of the narrative with the latest October sell-offs and as more volatility returned to the markets to kick off another week of trading, benchmark yields ticked higher.

Meanwhile, the Dow Jones Industrial Average erased its earlier gains as volatility reared its ugly head again, causing the index to lose over 150 points an hour before the close of the market. This morning, the Dow rallied over 300 points as technology giants like Facebook, Amazon, Neftlix, and Google parent company Alphabet recouped losses in the early session of what’s been a volatile month for U.S. equities.

Amid third-quarter earnings reports, the Dow experienced four out of five losing sessions last week as technology stocks continued to sell off, signaling a sign that the decade-long bull run could finally be coming to a close. The S&P 500 followed the Nasdaq into a market correction phase, dropping 3.9% to almost match the Nasdaq’s 3.8% drop.

Market analysts like Andrew Thrasher, portfolio manager for The Financial Enhancement Group and founder of Thrasher Analytics, predicted that more volatility would rack the markets this week and with the Dow down over 100 points as of 2:45 p.m. ET, that’s exactly what happened.

“It’s likely we see some lows get retested once again, once again we can’t assume a v-bounce as many were calling for back in early October,” said Thrasher.