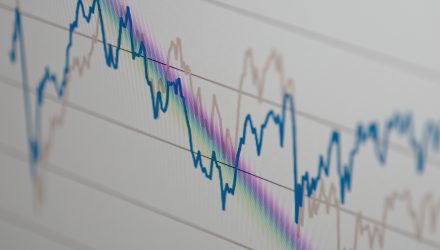 Investors appear ready to continue forward with the rate-hiking prescription written for the federal funds rate by the Federal Reserve who will announce their interest rate decision later today. It’s widely expected that Fed Chairman Jerome Powell will announce another rate hike to temper economic growth, causing benchmark Treasury yields to retreat–the 10-year fell to 3.078 and the 30-year yield notched lower to 3.213.

The Fed began its two-day monetary policy meeting yesterday as they are likely to pore over a bevy of data showing the economy is moving forward at full speed, including an extended bull stock market run that has already seen major indexes like the S&P 500 reach record levels. Just recently, J.P. Morgan Chase CEO Jamie Dimon reaffirmed the forward momentum of the current bull market as he cited that the economy will sustain its fortuitous path of growth without any obstructions ahead.

Since U.S. President Donald Trump’s administration took office, the country’s gross domestic product has grown by an average of 2.7%  per quarter. In addition, the final estimate for second-quarter GDP is expected to show a revision of 4.3% growth, while the third quarter growth is forecasted to come in around 3.3%.

During the rate decision announcement, Powell is expected to answer a battery of questions that could include potential threats that could stymie the economy, the implications caused by trade wars and political influence on the Fed.

“On Wednesday, our team expects Powell to highlight the growing upside risks to the economic backdrop, downplay the potential impact of tariffs on the economy, and dodge any questions on the politicization of the Fed,” said Lori Calvasina, the head of US equity strategy at RBC Capital Markets, in a preview.

Corporate Bond ETFS in the Green