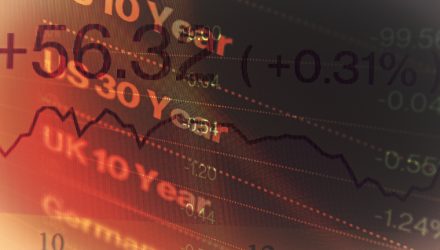 Additionally, the yield on two-year notes was on pace for its largest one-day pullback since 2009 after reaching as low as 0.897% from 1.099% Thursday, the Wall Street Journal reports.

Analysts pointed out that the quick retreat in short-term Treasury yields reflect bets of potential changes to monetary policy ahead as more traders believe the Fed could step in to cut interest rates to support a potentially faltering economy in the wake of a coronavirus pandemic.

Doug Ramsey, chief investment officer at the Leuthold Group, believed the Fed could cut rates by 0.25 percentage point before the March meeting due to market sentiment.

Further adding to the Treasury bond rally and record decline in yields, many are wary of a spreading coronavirus that is popping up outside of China and the potential economic fallout.

“Let’s just say the hunt for yield is currently on pause. People are moving toward safety. It’s not something we haven’t seen before,” Dimitris Dalipis, head of fixed income at Alpha Trust Investments, told the WSJ. “It’s like a textbook correction.”