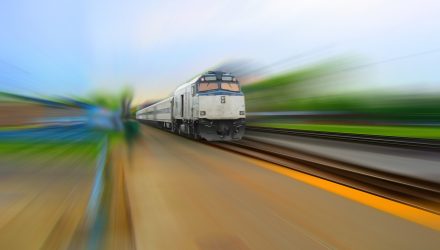 The recent strength in transportation stocks comes against the backdrop of high oil prices. For its part, IYT allocates nearly 18% of its weight to airline stocks, a group usually inversely correlated to fuel prices. Airlines are IYT’s fourth-largest industry weight.