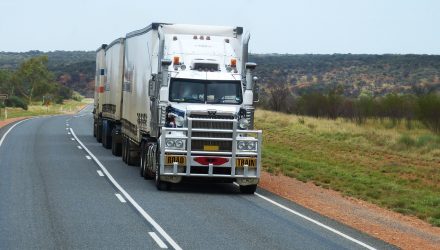 A Rough Week for Transportation ETFs

“The last time the DJT was down more than 2% for the week at the same time the DJI was up at least 1% was in late July 2017,” said Schaeffer’s Investment Research. “Prior to that, you’d have to go back to July 2006 for a signal. In fact, it’s interesting to note that the last four signals occurred in the month of July. The year with the most signals was 1998 — during the height of the dot-com boom — with three. Since 1919, there have been just 23 such signals of DJT/DJI divergence, according to data from Schaeffer’s Senior Quantitative Analyst Rocky White.”

IYT tracks the Dow Jones Transportation Average (DJT). Transportation stocks were expected to benefit from lower oil prices and while that has been the case for airline stocks, other industry groups represented in IYT, including railroads, have lagged broader equity benchmarks.