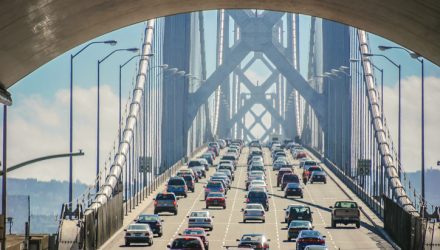 “The iShares Transports IYT ETF, which holds 20 top transportation stocks such as UPS and FedEx, has been largely shut out of gains during the past year. It has fallen around half a percent over the past 12 months, while the S&P 500 is up nearly 16 percent over the same period,” reports CNBC.