You are at:Home»Featured»Transport ETFs Struggle As Berkshire Cleans Out Airline Holdings 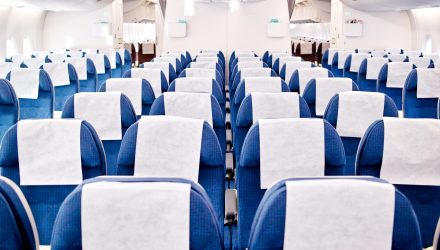 Stocks and transport ETFs with airline holdings are losing big on Monday amid news that Warren Buffett’s Berkshire Hathaway has relinquished all airline holdings in the company’s portfolio.

Berkshire had over $4 billion invested in various airlines including American, United, Delta, and Southwest prior to the sale. The “Oracle of Omaha” demonstrated respect for the industry but insisted that there are events “on the lower levels of probabilities” that necessitate a change of plans.

The veteran investor estimated that his company spent $7 billion to $8 billion establishing the positions in 2016 and ended up “selling them at far lower prices than we paid.” He attributed the company’s $6.1 billion in net stock sales in April to the disposals.

Berkshire sold its nearly 10% stake in the big four airlines in April, Buffett announced at the company’s annual meeting on Saturday.

“Our airline position was a mistake,” the billionaire investor said. “Berkshire is worth less today because I took that position than if I hadn’t.”

While Buffett was sanguine about future prospects for America, but the move demonstrates his concern that the pandemic has indelibly affected various industries, making it a challenge for recovery, and could be an indication that other investors are too optimistic about the economy returning to normal quickly.

“Mr. Buffett is a long-term investor, so his decision to sell reflects his belief that the airline industry is facing future challenges that fundamentally change the value-capture of that business,” wrote Tom Lee of Fundstrat in a note to clients.

“The world has changed for the airlines. And I don’t know how it’s changed and I hope it corrects itself in a reasonably prompt way,” Buffett said Saturday from Berkshire’s first-ever virtual shareholder’s meeting.

Monday’s decline broadened American, United, and Delta’s 2020 losses to over 60%, while Southwest has given up half of its value this year.

The Berkshire CEO said he bailed on the airlines because he was uncertain whether passengers would fully embrace air travel in the coming years, given coronavirus pandemic trepidations. He feared that “too many planes” would drive down seat prices and hurt airlines’ earnings.

“We shut off air travel in this country. And what that does to people’s habits, how they behave in the future, it’s just hard to evaluate. I don’t know the answer,” Dow Jones reported Buffett saying at Berkshire’s annual meeting on Saturday.

Buffett also said future demand for commercial jets had become difficult to forecast, and that the circumstances of Boeing’s success were “certainly out of our control.”

While airlines are suffering from Buffett’s comments, airline and transport ETFs that hold United and some of the other airlines are having a rough day Monday as well, with SPDR S&P Transportation ETF (XTN), the iShares Transportation Average ETF (IYT), or the U.S. Global Jets ETF (JETS) all showing significant losses.