You are at:Home»Equity ETFs»Transparent Active Equity ETFs – Not An Oxymoron 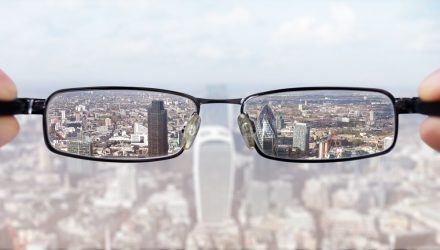 It’s a strange period for active US equity management. Even as data indicates more active funds are successfully keeping up with passive alternatives in 2017, money continues to bleed out of these often higher conviction strategies that deviate from a benchmark. To combat this trend, some asset managers have entered the ETF market, despite having to transparently reveal holdings on a daily basis.

CFRA Research thinks most of the outflows from active products are from mutual funds. Indeed, the active ETF universe has just $38 billion in assets, a small percentage of the $3.1 trillion total US ETF market, though these products experienced $8.5 billion of net inflows in the first seven months of 2017 according to asset manager AdvisorShares. Fixed income active ETFs such as PIMCO Enhanced Short Maturity Active ETF (MINT) and First Trust Senior Loan Fund (FTSL) are more widely held than equity alternatives in part due to their long histories.

Some asset managers, such as Goldman Sachs and JP Morgan, have launched smart beta index strategies, leveraging some of their own in-house capabilities. Meanwhile, others such as Gabelli, have partnered with Eaton Vance to offer non-transparent active strategies.  However, the Davis suite of ETFs launched in January 2017, including Davis Select US Equity ETF (DUSA), are transparent, allowing investors to see what’s inside as unlike their mutual funds that provide holdings disclosures with a lag. Despite outperforming its large-cap core mutual fund peers by more than 200 basis points in 2015 and 2016, the $6.3 billion asset base for A share class of Davis New York Venture (NYVTX) is 37% smaller than it was at the end of 2014.

CFRA ranks equity mutual funds and ETFs with different approaches. For NYVTX and DUSA we employ holding analysis, leveraging CFRA’s valuation and risk assessment of the stocks inside, our mutual fund star rankings incorporate a relative three-year performance record, Sharpe ratio and standard deviation. Meanwhile, our ETF rankings include technical analysis and an assessment of the bid/ask spread to reflect the exchange based approach. Due to our holdings approach, we rank many ETFs such as the below that launched this year.

Managers Chris Davis and Danton Goei focus on stocks that have competitive advantages to support a dominant or growing market share. From a financial perspective, those with strong balance sheets, a low-cost structure and high returns on invested capital are viewed as candidates. In addition, Davis and Goei seek companies with management teams they believe make intelligent allocations of capital and have aligned interests. From there, Davis Advisors will focus on valuation based in part on enterprise value to owner earnings, which we think is similar to free cash flow.