You are at:Home»Featured»Traditional Emerging Market Index ETFs Are Becoming Too Concentrated 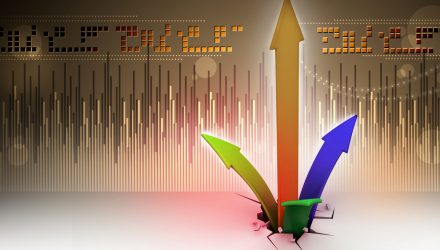 Investors who are interested in diversifying their investment portfolio with emerging market exchange traded funds should look under the hood and be aware of what they are getting themselves into.

When investing in a broad emerging market index fund, investors may be surprised to find they are investing a large chunk of their money into countries that are arguably no longer considered “emerging” and most of their exposure is concentrated in just a couple emerging Asian economies, the Financial Times reports.

Specifically, the benchmark MSCI Emerging Markets Index includes a hefty 78% tilt toward Asian countries, with a heavy concentration in China, Taiwan, and South Korea, which make up about 64% of the portfolio.

In comparison, before the global financial crisis back in June 2008, Brazil was the largest weight in the MSCI EM Index at 17.6%, and the seven largest countries spread across South America, Asia, Europe, and Africa made up a combined 78% of the index.

However, Taiwan and South Korea now make up almost a quarter of the benchmark, and are “countries that most people would consider not to be emerging markets at all”, Geoff Dennis, an independent commentator, told FT, pointing out that their GDPs per capita — at $31,430 for South Korea and $24,827 in Taiwan in 2019 – are both ahead of the $23,030 for Portugal, which is a “developed” country.

“Approaching two-thirds of the index is China plus Taiwan and Korea,” Daniel Salter, head of EM equity strategy at RenCap, told the Financial Times. “Depending on how you view things, these are relatively safe economies, relatively high tech, and relatively dissimilar to what many people would consider to be emerging markets.”

“By following the EM index, investors are really not getting a good representation of developing or emerging economies and are getting far too much Asia,” Dennis added.

China’s recent rise to prominence within the various EM benchmarks may be associated with the increased exposure to mainland Chinese-listed stocks, or China A-shares, within the indices, alongside those listed in Hong Kong and New York.

So far, the heavy tilt toward these emerging Asian countries has worked out as China, Taiwan, and South Korea were the three best-performing index constituents in the first half. However, this will not always hold true.

“It’s working out OK at the moment,” Salter added. “These countries have dealt with coronavirus and are coming out if it with very few problems, in terms of their economies. But it does mean that the rest of the emerging world is squashed into one-third of the index.”