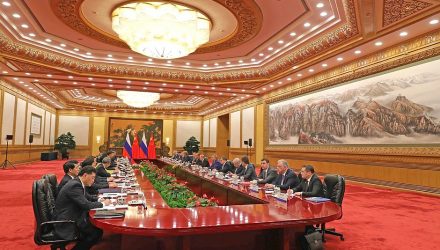 Derek Scissors, a resident scholar at the American Enterprise Institute, cited the sharp decline in China’s currency as of late as the primary reason for the tariff increase.

“In the past six months … China has allowed its currency, the renmenbi, to depreciate. It’s depreciated a total of 8 percent since the spring. If you’re going to apply 10 percent tariffs and their currency is getting 8 percent cheaper, you’ve lost most of the effect the 10 percent tariffs,” said Scissors.

Trade tensions between the two economic superpowers have been ongoing until news broke that private talks were taking place between the U.S. and China to hash out their differences in trade. The U.S. slapped tariffs on $34 billion worth of Chinese goods totaling over 800 items, prompting China to respond with $34 billion worth of tariffs of their own on over 500 U.S. goods.