You are at:Home»Equity ETFs»Trade War Talk Drags Dow Down Over 400 Points 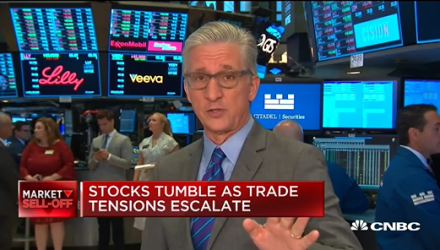 The Dow Jones Industrial Average was down over 400 points in the early market open Tuesday, making it the sixth straight day the Dow has posted losses.

The latest threat by U.S. President Donald Trump to impose an additional round of tariffs on another $200 billion worth of Chinese goods was proposed “if China refuses to change its practices, and also if it insists on going forward with the new tariffs that it has recently announced.”