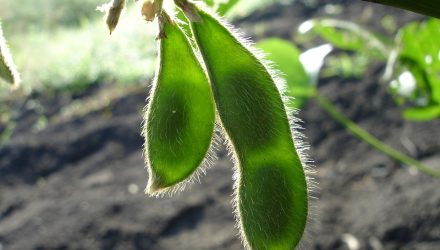 China is increasing its soybean output this year amid an ongoing trade war with the U.S. that threatens to curb imports.

China is the world’s top buyer and consumer of soybeans, mostly going to feeding its huge livestock sector. But Beijing has threatened to levy a 25 percent tariff on soybean imports from the United States, its second supplier, in retaliation over trade measures taken by Trump.

The threat of the tariffs has suspended U.S. soybean imports and increased prices from suppliers such as Brazil, supporting the price of soymeal, an animal feed ingredient that is widely used.

The best choice for pure soybean exposure is the Teucrium Soybean Fund (SOYB). It offers 100 percent exposure to soybeans using three different futures contracts—currently the March, May and November 2013 contracts.

Sal Gilbertie, President, Chief Investment Officer and co-founder of Teucrium, said he believed that the amount of global demand for soybeans, especially from China, is so large that it will be difficult for any trade policy to affect the long term global true price of soybeans.