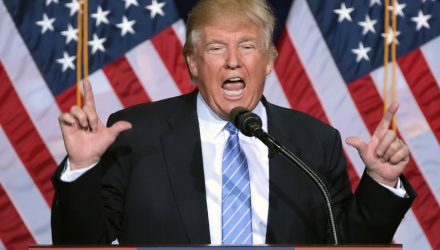 As the Trump administration drags on the trade negotiations and keeps extending speculation over a potential trade war, industrial stocks and industrial ETFs will likely continue to underperform U.S. markets.

“At the end of the day, the market absolutely hates uncertainty,” Dave Lutz, head of exchange-traded fund trading at JonesTrading, told the Wall Street Journal. “It can handle bad news but it cannot handle uncertainty.”

President Donald Trump has given the European Union, Canada and Mexico until June 1 to negotiate deals that would exempt them from U.S. steel and aluminum tariffs. The White House has already made agreements in principle with Argentina and Brazil to avoid the tariffs. The administration has also imposed tariffs on Chinese steel and aluminum exports while China retaliated with tariffs on U.S. agricultural goods.

The uncertainty surrounding the trade talks has fueled speculation that companies are delaying hiring or spending plans until they have a clearer idea of what the administration will do.