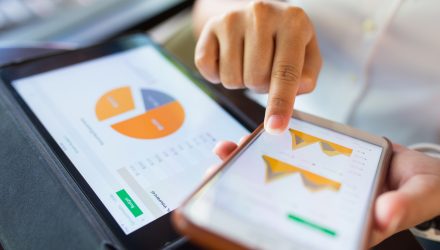 Gone are the days when investors can simply rely on the heavy hitters that sparked the decade-long bull run, such as the FANG stocks (Facebook, Amazon, Netflix, Google) to propel them into profitability. The recently-crowned 2018 World Series-winning Boston Red Sox found their most valuable player in a 12-year journeyman and in today’s market volatility, investors can do the same–dig deep into their roster of investment opportunities with due diligence in order to find their most valuable performers.

Needless to say, October hasn’t been kind to U.S. stocks as the technology sector, in particular, has been getting trounced with the S&P 500 following the Nasdaq Composite into correction territory last week before pulling itself out in Tuesday morning’s trading session. In what could be deemed as a “Red October,” the Dow was down 6.7%, while the S&P 500 and Nasdaq were down 8.8% and 10.9, respectively, through last Friday’s trading session.

Meanwhile, at the Charles Schwab Institutional Conference in Washington, DC, ETF Trends Publisher Tom Lydon was getting a pulse on the markets through the lens of financial advisors–the same individuals who witness firsthand what investors are and aren’t clamoring for when it comes to their capital allocations. In an industry where you never want to involve emotions when making decisions, there was one common theme among the financial advisors–fear.

“They’re worried because long-term trends are down below their averages in both stocks and bonds for the first time in a long period,” said Lydon during “Countdown to the Closing Bell” on Fox Business Network on Tuesday. “They’re not getting out of the market. They’re staying in, but long-term indexes don’t all have good stocks in them, so they’re shifting to ETFs that are more quality.”

In what’s been a volatile last five days, the fear is well documented–all major indexes have been lurking below their respective 200-day moving averages.

However, staying invested even through times of fear allows advisors to locate opportunities for clients, such as quality-focused strategies for equities and short duration for fixed income, according to Lydon.