You are at:Home»Alternative ETFs»Tom Lydon on CNBC: Investors Doubling Down on Emerging Markets, Trade Deal 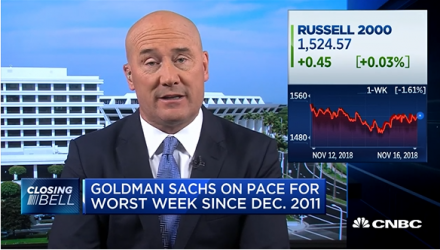 Call it investor shrewdness or overexuberant hope, but capital allocators into emerging markets won’t budge, according to ETF Trends Publisher Tom Lydon on CNBC’s Closing Bell on Friday, who has seen continued flows into the EM space–a sign that EM investors are doubling down on the notion that a U.S.-China trade deal will materialize.

While the majority of investors might be driven away by the red prices in emerging markets, Lydon believes they should be looked at as substantial markdowns, especially if trade negotiations between the U.S. and China result into something materially positive–that’s what emerging markets bettors are essentially banking on.

“The thing that’s the most surprising regarding flows is money still coming into emerging markets ETFs,” said Lydon. “The P/E (price-to-earnings ratio) on average is around 10. Even though emerging markets stocks are down 30% this year, growth tends to be up 20 to 30% so smart money is that a China trade deal is going to get fixed and these folks are jumping on the value bandwagon there because these stock prices are pretty cheap.”

The U.S. stock market has been the default play for investors during the historic, decade-long bull run, but October’s volatility may have steered them off course and opportunities abroad could be an alternative.