You are at:Home»Investing»15 Timeless Investing Principles 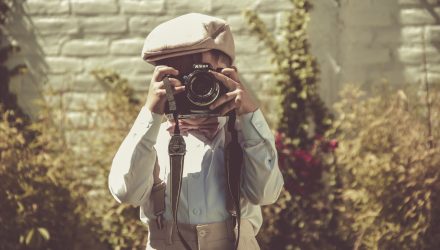 When it comes to creating wealth, there is nothing magical about the process.  However, it helps if you are open to grounding yourself in a few timeless principles.

After 40 plus years of investing in stocks, bonds, mutual funds and ETF’s, I’ve learned a thing or two about increasing our wealth through investing.  And, at times, decreasing it by learning the hard way.  40 years?  That’s right, but I’m not as old as you think.

Here are a few facts from my investing biography.

How I got started

My Dad helped me buy my first stock when I was about 10 years old with the profits from mowing lawns and delivering news papers.  Due to his encouragement, I bought shares in the dividend reinvestment plan (DRIP) of the electric utility Commonwealth Edison (ComEd).

With part time work, scholarships and a little help from my parents I was able to graduate college debt free.  Fortunately, I went to an affordable in-state public university.  Compared to today, it didn’t cost that much.  Less than $15,000 room, board, tuition, fees and books for a bachelors degree and my CPA certification for the entire 4 years.

Of course, I wasn’t living an extravagant lifestyle.  Rather, I shared a dumpy apartment with a couple other dudes.  In addition, I ate like crap, wore cheap clothes and studied a lot in the library.  I liked girls, but I was scared of them.  So, I mostly stayed away.   My school was great.  In fact, I loved it and felt very comfortable there.  But, it was nothing like some of the luxury campus facilities you see today.

And, my Dad made sure I never touched the ComEd DRIP.  Furthermore, it just kept growing as dividend reinvestment plans will do – drip by drip by drip.  As a result, 11 years later when I graduated it was worth about $10,000.  Maybe that doesn’t sound like much in today’s terms?  However, it was 1986 and I was 21 years old.  Look out world here I come!

Getting Going in the “Real World”

I dabbled in individual stocks in my early 20’s as a young working adult.  Most of all, I remember owning Disney.  If only I would have held on to it.  I’m sure it would be worth a small fortune today.

However, the stock market was on a tear and mutual funds were becoming popular.  Hence, they brought investing to the masses.  There was no internet.  Company financial information and stock prices were primarily accessed by hard copy quarterly filings, annual reports, newspapers and magazines.  Opposite of the real time information we have at our finger tips today.

To make a stock trade, you had to pick up the phone and call your broker.  In addition, confirmations and statements were sent through the US postal service by snail mail.

Reality Strikes at a Young Age

On October 19, 1987 I was working on a client audit located in the Chicago Board of Trade.  The client was a discount stock brokerage firm called Rose and Company.  A few years later they were bought out by and consolidated into Charles Schwab.

On that day, called Black Monday, the Dow Jones industrial average plunged 23%.  It remains the largest single day drop in its history.  People crowded into the lobby of Rose and Company to see what was happening in the stock market.  The company’s phone lines were jammed and panic was in the air.

Our audit team was asked to leave.  The client was overwhelmed and couldn’t deal with us being there too.  The stock market losses on black Monday were part of a longer term bear market.  It took several years for those bear market losses to be fully recovered.

A Change in my Investment Strategy

Over the coming months, I decided to let mutual fund managers do my investing work.  I sold my stocks including the ComEd DRIP and created a diversified portfolio of actively managed equity and bond mutual funds.  Why?

Jack Bogle started the first Vanguard index fund in 1976.  However, indexing wasn’t that well known or popular at the time.  If ETF’s even existed, very few people knew about them.  Rather, actively managed mutual funds were the popular choice.  In addition, I didn’t want to hold individual stocks anymore.

From my mid 20s until age 40, I dollar cost averaged into a diversified portfolio of mutual funds.  I mainly focused on growth with a little fixed income thrown in for diversification.  Dividend growth stock investing was less popular during this time.  One reason was high tax rates.  Dividends did not receive the favorable tax treatment they do today.  They were taxed as ordinary income.

Mrs. DD and I were entering our peak earnings years.  Our combined incomes and dividends put us in the top tax bracket.  Between the Federal and State governments, 45% of every dollar paid in dividends was given right back to the tax man.

Due to the taxes, investing for dividends just wasn’t worth it.  On the other hand, capital gains were only taxed if they were realized based on the sale of a holding.  Therefore, investing for growth was much more tax efficient at that time.  So, that is what I did.

And, don’t forget the stock market suffered a 46% decline from August 2000 through September 2002.  Ouch!  The 13 year old bull market was over with a big bang when the internet and dot com bubble burst.

To get the economy and financial markets moving in the right direction, we got the “The Jobs and Growth Tax Relief Reconciliation Act of 2003”.  Also known as the “Bush tax cuts” for former President George W. Bush.

The Bush tax cuts leveled the income tax playing field for dividend income.  The tax code finally taxed dividends at the same lower rate as capital gains.  This cut represented a huge tax reduction on dividend income.  With the 2003 tax law in the books, I became a dividend stock investor about 13 years ago, at the age of 40.  And, I’ve never looked back.

Just when it looked like financial independence was in our grasp, the financial crisis and great recession struck in 2007.  After having recovered all of its losses from the early 2000’s bear market, the S&P 500 dropped 53% from October 2007 to March 2009.