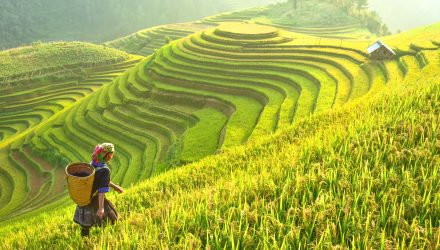 Time to Talk About the Thailand ETF

The iShares MSCI Thailand Capped ETF (NYSEArca:THD) is up nearly 6% year-to-date, but some market observers are concerned about economic growth in what was once one of Southeast Asia’s steadiest economies. Thailand is the second-largest economy in Southeast Asia behind Indonesia.

A strong currency is part of the allure with Thailand, an important point when considering THD is not a currency hedged ETF, meaning investors should want to see the baht strong against the dollar. Thailand’s economy and incomes have historically expanded faster and remained more stable under the three times the military led government, compared to the nine civilian ones.

“Gross domestic product probably increased 3.8 percent last year, the fastest pace since 2012, before easing to 3.7 percent this year and to 3.6 percent in 2019, according to a Bloomberg survey. Once prized in Southeast Asia for its economic strength, Thailand’s growth is lagging peers with economies in Vietnam and Philippines expanding more than 6 percent,” reports Bloomberg.

The $420.3 million THD tracks the MSCI Thailand IMI 25/50 Index and holds 125 stocks. THD devotes almost 20% of its weight to financial services stocks and 19.7% of its weight to the energy sector. The industrial, consumer staples and materials sectors combine for 31% of its weight.